Sarajevo's Second Gymnasium: Second to None 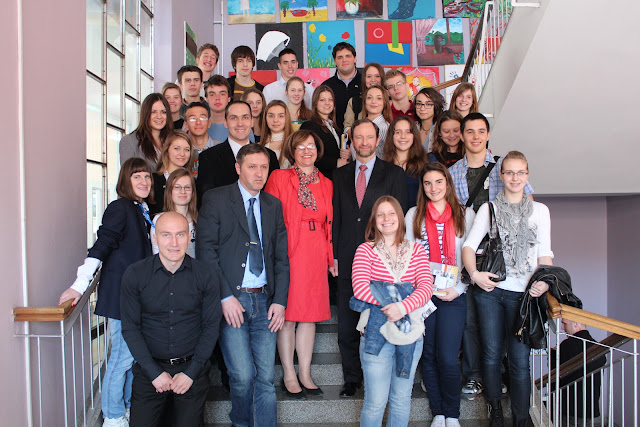 As a former exchange student, I’m constantly encouraging young people all over Bosnia and Herzegovina to broaden their perspectives by spending a year, or even just a few months, studying in the United States.  On March 26, I had the special pleasure of announcing that starting in August the U.S. Embassy will be bringing the first group of American high school students to spend a year in Bosnia and Herzegovina.  They will be participants in our YES Abroad (insert link) program.  International education is a two-way street.  For years we have been sending Bosnia students to the U.S., and so it is a special treat to bring young Americans to Bosnia.  I believe that these young Americans will not only greatly benefit from their time in BiH, but that students (and host families) will also gain a unique insight into my home country.

The American high school students will study at Sarajevo’s Second Gymnasium.  It’s a natural fit since the school has an International Baccalaureate program with instruction in English.  I visited this legendary Sarajevo high school on March 26 and was impressed by what I saw.  School Director Aida Arnautovic has been a close partner with many Embassy programs, including exchange programs. 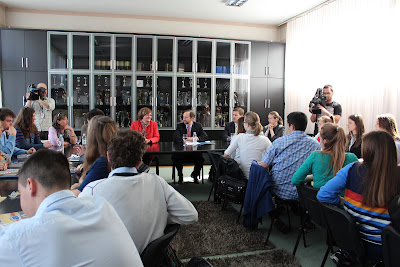 The stars of the school, of course, were the pupils.  They wanted to know more about what they could do to help their country join the European Union and NATO – these students fully understood that their future lies with integration, not isolation.  That’s the overriding goal of the United States in BiH: EU and NATO membership.

As I told the students at the Second Gymnasium, they will be the leaders who will lead BiH’s integration into  Europe and especially membership in the EU and NATO.  Already, there are young people in BiH actively working at integration.  These young people are looking for ways they can promote participation by their friends in civil society, including “get out the vote” campaigns.  The week before I met with members of the European Youth Parliament Bosnia and Herzegovina Initiative (several Second Gym students are already members).  This organization (insert link and photo) is one place where young people can focus their efforts to bring about integration.

The enthusiasm, optimism, and energy of young people in BiH is truly incredible.  I think the BiH political leaders need to listen to these young people or get out of the way.
Education Sarajevo Second Gymnasium Sarajevo students