Looking for Lincoln in Bosnia and Herzegovina 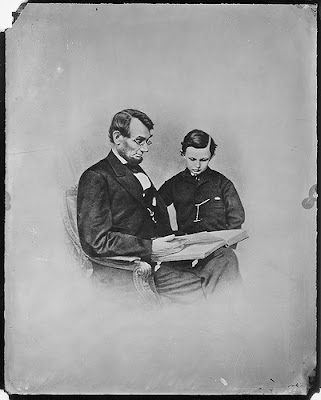 
When I was 8 years old and a young immigrant to America, I was completely enthralled by Abraham Lincoln.  This tall, lanky man, who was born February 12, 203 years ago in a log cabin, and, whom we celebrate as part of our President’s Day Holiday, captured my young imagination.  I read every book I could about him and I am still fascinated today, four decades later.
As I read more and more about our presidents, I can’t put my finger on what exactly attracted me to Lincoln instead of George Washington or Theodore Roosevelt or any other president.   Perhaps it was his sad childhood, or his love of reading and thirst for knowledge, or that he became what we call a “self-made man.”  The stories of his honesty, his deep convictions, and love of humor definitely rang true for me.
My boyhood fascination turned to serious study of this lawyer from Illinois.  The fascination of Lincoln has not diminished.  In fact, the more I study of the American Civil War, the more I admire him, especially his ability to heal a deeply wounded nation.
More Americans died in the Civil War than all other wars combined.  After the war, the country remained politically divided: the South was devastated, deep hatred remained, and calls for revenge (from both sides) were common.  In the midst of this clamor came the voice of Lincoln, who called for Americans to look deep into their souls and find their better angels to guide them.   He spoke not of division, separation, and revenge but of bringing all together for the common good.
Lincoln spoke these immortal words: “With malice toward none and charity for all, let us strive on to finish the work we are in, bind the nations’ wounds…. to do all which may achieve and cherish a just and lasting peace among ourselves and with all nations.”  His rhetoric and deeds were not spiteful; did not foster hatred; it was not one of painting the other as the enemy.  Hundreds of thousands were killed and entire cities burnt to the ground, yet here was a leader who refused to cash in on the easy political gains brought by fanning the flames of revenge and anger.  He insisted that his nation follow the path toward peace, harmony, and forgiveness.
Sometimes when I sit in my office in Sarajevo, reading or watching the news of the day, I look up at Lincoln’s portrait on my wall and wonder, who will be Bosnia and Herzegovina’s Lincolns?