On December 17, I visited Mostar to continue my contacts with government officials, party leaders, and students.  I also visited an agricultural enterprise that is prospering, creating new jobs and applying new technology with support from USAID.

In my meeting with students from the medresa (Islamic high school) in eastern Mostar and Gimmazija Fra Grga Martic in western Mostar, I was impressed by their enthusiasm to build linkages between the students of both schools and, indeed, between their two communities.  They want to see greater attention to civic education courses, and they are sponsoring events that will bring together youth from both communities.  Bosnia and Herzegovina needs leaders like these young people.
On previous trips to Mostar, I met with the leaders of the HDZ-BiH and HDZ-1990 parties.  On this trip, I met with Zvonko Jurisic of the HSP party and Mladen and Jerko Lijanovic of the NSRzB party.  Both parties strongly support the reforms necessary to move Bosnia and Herzegovina toward integration into Europe.
In my meeting with Mayor Beslic of Mostar and the mayors of Konjic, Nevesinje, Ravno and Tomislavgrad, they described for me the situation in their municipalities where they are struggling to meet the needs of their communities with very limited resources.
I had the opportunity to visit Jaffa Komerc, an integrated agricultural producer in Blagaj near Mostar.  Jaffa Komerc produces grapes, orchard fruits and vegetables using technical assistance from USAID.  As a result, Jaffa buys fruit from other smaller producers and acts as a test bed for new technologies that could be adapted by other producers.  It is a win-win partnership. 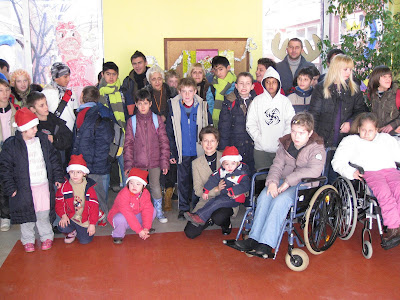